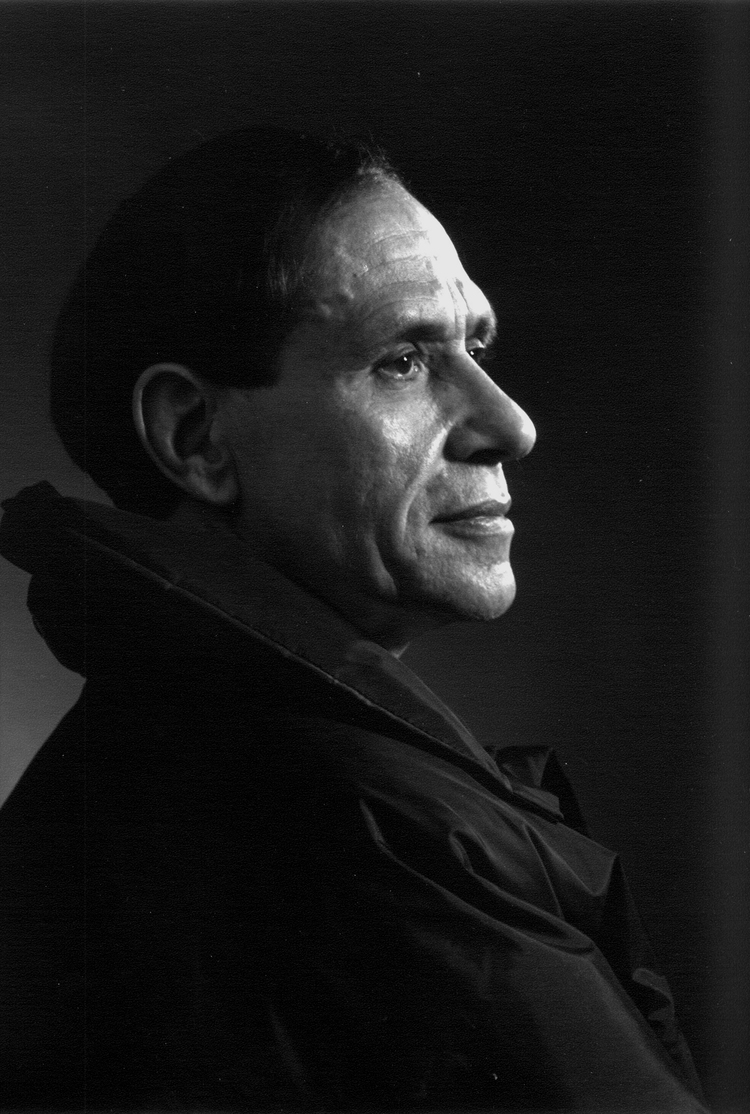 AS A MASTER-BUILDER, DOUGLAS CARDINAL’S LIFE IS DEDICATED TO CREATING BEAUTIFUL, THRIVING, AND HARMONIOUSLY BUILT ENVIRONMENTS.

Douglas Cardinal’s architecture springs from his observation of Nature and its understanding that everything works seamlessly together. His work has defined contemporary Canadian, Indigenous, and organic architecture.

In recognition of such work, Mr. Cardinal has received many national and international awards including: 20 Honorary Doctorates, Gold Medals of Architecture in Canada and Russia, and an award from United Nations Educational Scientific and Cultural organization (UNESCO) for best sustainable village. He was also titled an Officer of the Order of Canada, one of Canada’s highest civilian honours, and he was awarded the declaration of being “World Master of Contemporary Architecture” by the International Association of Architects.

Douglas Cardinal is one of the visionaries of a new world; a world where beauty, balance and harmony thrive, where client, architect, and stakeholder build together with a common vision. 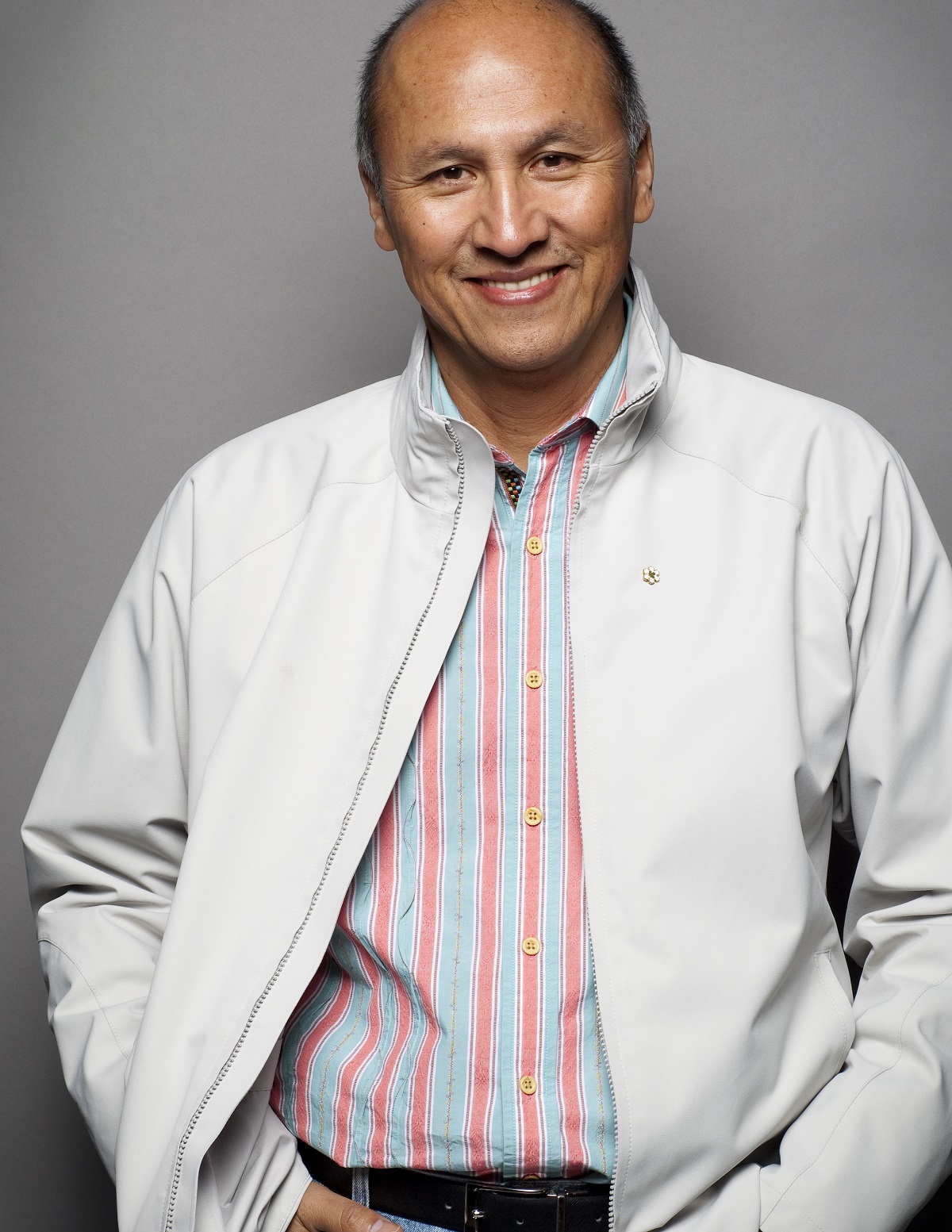 Curator, artist, author, and Tier 1 Canada Research Chair in Indigenous Visual Culture and Curatorial Practice at OCAD University — has over 30 years international work and expertise in contemporary art, critical theory, museology and Indigenous aesthetics. His experience as an artist and curator in art and ethnology museums has given him a thorough understanding of transnational Indigenous visual culture and curatorial practice.

Throughout his career, his championing of the mainstream value of Indigenous art, among other things, has led to his being chosen to represent Canada at a few prestigious international events. These include his serving as Canadian Curator for the 1995 Venice Biennale, and more recently as artistic director of the 2012 Biennale of Sydney.

McMaster is Plains Cree and a member of the Siksika First Nation. Widely published, his awards and recognitions include the 2001 ICOM-Canada Prize for contributions to national and international museology; in 2005 he received national recognition within the Native world by receiving the National Aboriginal Achievement Award; and that same year his country gave him its highest honour, the Officer of the Order of Canada. 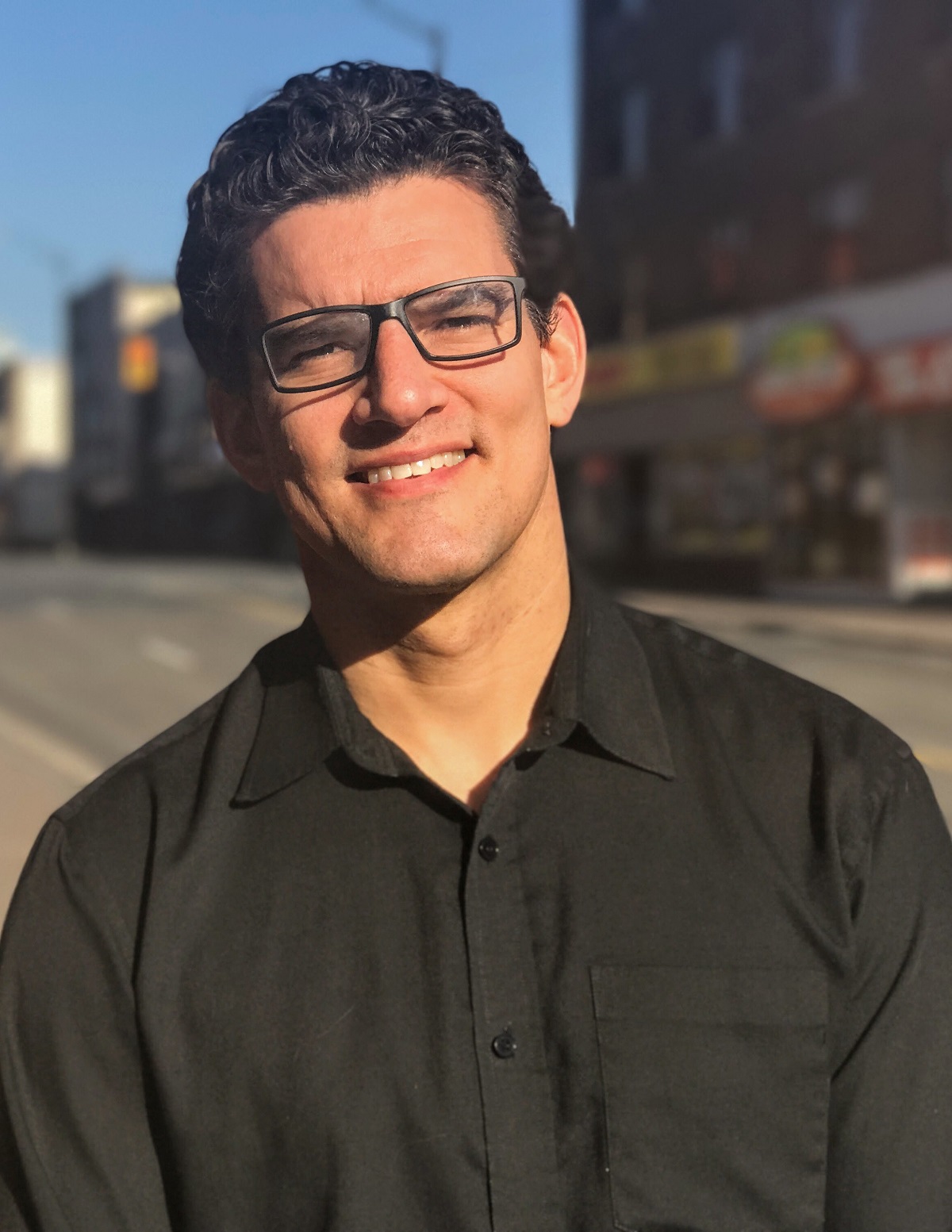 Raised in the Canadian prairies, David is a Métis architect and academic with special interests in the relationship between design culture and Indigenous peoples, as well as speculative architecture, including Indigenous and non-Indigenous science-fiction and the projected impacts of climate change.

He has worked for a number of leading design firms in Calgary, gaining experience on projects of various scales. Since 2005, he has taught architecture in the UK, USA, and Canada, leading undergraduate and graduate courses in architectural design, history and theory, and is currently completing a SSHRC-funded research project exploring prairie Métis contributions to architectural thinking in Canada. He has taught design studios and courses working with various First Nations communities in Canada, the Northern Cheyenne in the USA, as well as Indigenous communities in rural Kenya. In all of these cases, design is explored in terms of its cultural relevance and long-term benefit to the community and how contemporary technologies and systems can further support this. David is a member of the Métis Nation of Ontario, the RAIC Indigenous Task Force and is the first Indigenous architect to become a director of a Canadian school of architecture.

UNCEDED will exhibit architectural work by each of the following indigenous architects and designers.

Raised throughout Northern Ontario (Omushkegowuk Territory, Cree), Jake Chakasim is a past recipient of the Architectural Research Center Consortium (ARCC) Jonathan King Medal for 2010-11, an award that acknowledges innovation, integrity and scholarship in architectural and/or environmental design research. Mr. Chakasim’s design work explores both traditional and contemporary uses of wood as an innovative and culturally sustainable building material – an approach the not only aims to re-contextualize Indigenous traditions but brings into focus ‘form determinants’ specific to Indigenous art, architecture and identity practices

Wanda Dalla Costa, AIA, LEED A.P. is the Visiting Eminent Scholar at the School of Sustainable Engineering and the Built Environment at Arizona State University. Dalla Costa teaches Indigenous Planning, Architecture and Construction. She is a member of the Saddle Lake First Nation and was the first First Nations woman in Canada to become a registered architect. She has spent nearly 20 years working with Indigenous communities. Her company, Redquill Architecture is based in Phoenix, Arizona.

Ouri Scott, a Tlicho Dene architect originally from the Northwest Territories, who currently lives and works in Vancouver and thanks the sḵwxwú7mesh, selílwitulh, and xʷməθkʷəyəm for allowing her to live on their territories as an uninvited guest. As a designer, Ms. Scott looks to develop a modern design language to react and respond to contemporary First Nations culture. Her recent work includes an award-winning concept for a net-zero, mixed-use development in Seattle that incorporates renewable energy strategies and intensive vertical farming

Matthew Hickey is Mohawk from the Six Nations First Nation and is a licensed architect with 12 years of experience working in an on-reserve architecture firm. He received his Masters of Architecture from the University of Calgary and his Bachelor of Design from Ontario College of Art and Design, winning both the Alberta Association of Architects Presidents Medal and the Medal for Best Thesis, respectively. Mr. Hickey’s focus is on regenerative design - encompassing ecological, cultural, and economic principles. His research includes Indigenous history and the adaptation of traditional sustainable technologies to the modern North American climate. He currently instructs at OCAD U, for the OAA and the Canada Green Building Council

A Métis citizen from Cartwright Labrador, Harriet Burdett-Moulton graduated from the Technical School of Nova Scotia in 1976, only the second female. She lived in Iqaluit, Nunavut and other northern communities for over 20 years and was the principal architect with her firm, Burdett-Moulton Architects and Engineers, the first design firm in the eastern arctic. Her extensive portfolio includes Piqqusilirvvik, an Inuit cultural learning facility in Clyde River on Baffin Island and St. Jude‘s Cathedral in Iqaluit. Her most elaborate project was the seven-year planning of the new town of Natuashish Labrador. She has built over 150 projects in the world’s harshest environment.

KaaSheGaaBaaWeak (Eladia Smoke) is Anishinaabekwe from Obishikokaang (Lac Seul First Nation), with family roots in Alderville First Nation, Winnipeg, and Toronto. Practicing architecture since 2002, she founded Smoke Architecture in 2014, and is a Master Lecturer at Laurentian’s McEwen School of Architecture. Her career includes principal architect with Architecture 49’s Thunder Bay office, and architect with Prairie Architects Inc. Ms. Smoke is on the RAIC Indigenous Task Force 2015-present. She was a board member at Urban Shaman Gallery of Contemporary Aboriginal Art from 2010-2014, and a committee and council member with the Manitoba Association of Architects 2011-2014.

The first female Native American architect in American history, Ms. Eagle Bull is a member of the Oglala Lakota Nation and has nearly 30 years of architectural design and project management experience. She has successfully led large, diverse, multi-disciplined design teams through all project phases. Ms. Eagle Bull believes strongly in the direct relationship between human behavior and the environment. She strives to create environments in which the users will not only function but also thrive.

Patrick Stewart, PhD is a member of the Killerwhale House of Daaxan of the Nisga’a Nation. His Nisga’a name, Luugigyoo, means “calm waters”. After obtaining his first professional degree in 1983, Mr. Stewart was the first architect of First Nations ancestry to own and operate an architectural firm in B.C. (1995) and the first person of First Nations ancestry elected as President of the Architectural Institute of British Columbia. Mr. Stewart is Chair of the Provincial Aboriginal Homelessness Committee in BC and Chair of the RAIC Indigenous Task Force. His company, Patrick R Stewart Architect is based in Sto:lo traditional territory near Chilliwack, BC.

Brian Porter of the Oneida Nation hails from Six Nations of the Grand River. He has been a business leader for many years, designing and overseeing the construction of projects for First Nation communities across Canada and the United States. He has demonstrated success in designing culturally appropriate projects for these communities and has worked to maximize the participation of First Nation skills and trades. His firm, Two Row Architect, promotes meshing traditional ideologies and symbols into current building technology while actively promoting the creative and environmentally conscious use of building materials

Alfred Waugh is a member of the Fond Du Lac (Denesuline) Nation of northern Saskatchewan Canada, Treaty 8. His firm, Formline Architecture is located in West Vancouver with clients throughout the Northwest Pacific Region. The studio specializes in working on environmentally responsible and culturally sensitive projects that reflect and reinforce the values and visions of the client. Many of the firm’s projects entail working with traditional artists of the region to embed cultural symbolism within the design. Mr. Waugh constantly strives to balance cultural sensitivity and environmental responsibility through the use of sustainable technologies and renewable resources.

Ray Gosselin is an architect of Métis, First Nation (Dakota), and German descent. Ray is a member of Muscowpetung Saulteaux Nation and the Métis Nation of Saskatchewan. Since graduating from the Technical University of Nova Scotia in 1988, Mr. Gosselin has 30 years of architectural experience, including 10 years of facility management experience with the First Nations University of Canada, the University of Regina, and the University of Alberta. He is currently president and principal of Red Cloud Architecture. For 5 years Mr. Gosselin has served on Council for the Saskatchewan Association of Architects (SAA) and was the SAA’s first Indigenous President.

David G. Thomas received a Master of Architecture and a Bachelor of Environmental Design from the University of Manitoba in 2007. Since, he has been involved in creative projects throughout Manitoba including participating on the design team for Migizi Agamik Student Centre at the University of Manitoba. He has designed and completed installations at Canadian Museum for Human Rights and Manitoba Hydro building in downtown Winnipeg. Mr. Thomas is Ojibwe from Peguis First Nation and has spent much of his time mentoring and speaking to First Nation youth about design and the self-expression through the arts.

Tamarah Begay is a member of the Navajo Nation (Dine’), raised near Gallup, New Mexico on the Navajo reservation. She received her Master’s Degree in Architecture from the University of New Mexico in December, 2004, and has over 12 years of experience working with varies Native American Tribes on schools, housing, office buildings, cultural centers and multi-purpose buildings. She is the sole founder of IDS+A, a Navajo Woman Owned architectural firm and the first Navajo Woman Architect. Ms. Begay is an exceptionally talented visionary, uniquely driven to instill cultural identify in all her work and throughout her practice at IDS+A.

Daniel J. Glenn, (Crow) AIA, NCARB, is a nationally recognized expert in culturally responsive architecture and in green affordable housing with a focus on work for diverse cultures. Mr. Glenn’s work reflects his Crow tribal heritage. He has been featured in the film, Indigenous Architecture / Living Architecture, and four of his tribal projects have been featured in the book, Design Re-Imagined: New Architecture on Indigenous Lands published in 2013 by the University of Minnesota Press. He was selected to be on a national technical advisory team on greening Indian housing for the HUD Sustainable Construction in Indian Country program.

Chris Cornelius (Oneida) focuses on the architectural translation of culture; in particular, Native American culture. He is the founding principal of studio:indigenous, a design and consulting practice serving Indigenous clients. Mr. Cornelius was a cultural consultant and design collaborator with Antoine Predock on the Indian Community School of Milwaukee (ICS). ICS won the AIA Design Excellence award from the Committee on Architecture for Education. Cornelius has received numerous awards and honors including the inaugural J. Irwin and Xenia S. Miller Prize; an Artist in Residence Fellowship from the National Museum of the American Indian; and multiple wins in the KRob Architectural Delineation Competition.