10 Indigenous Architecture Students have been selected to accompany UNCEDED: Voices of the Land to the prestigious 2018 Venice Architecture Biennale. 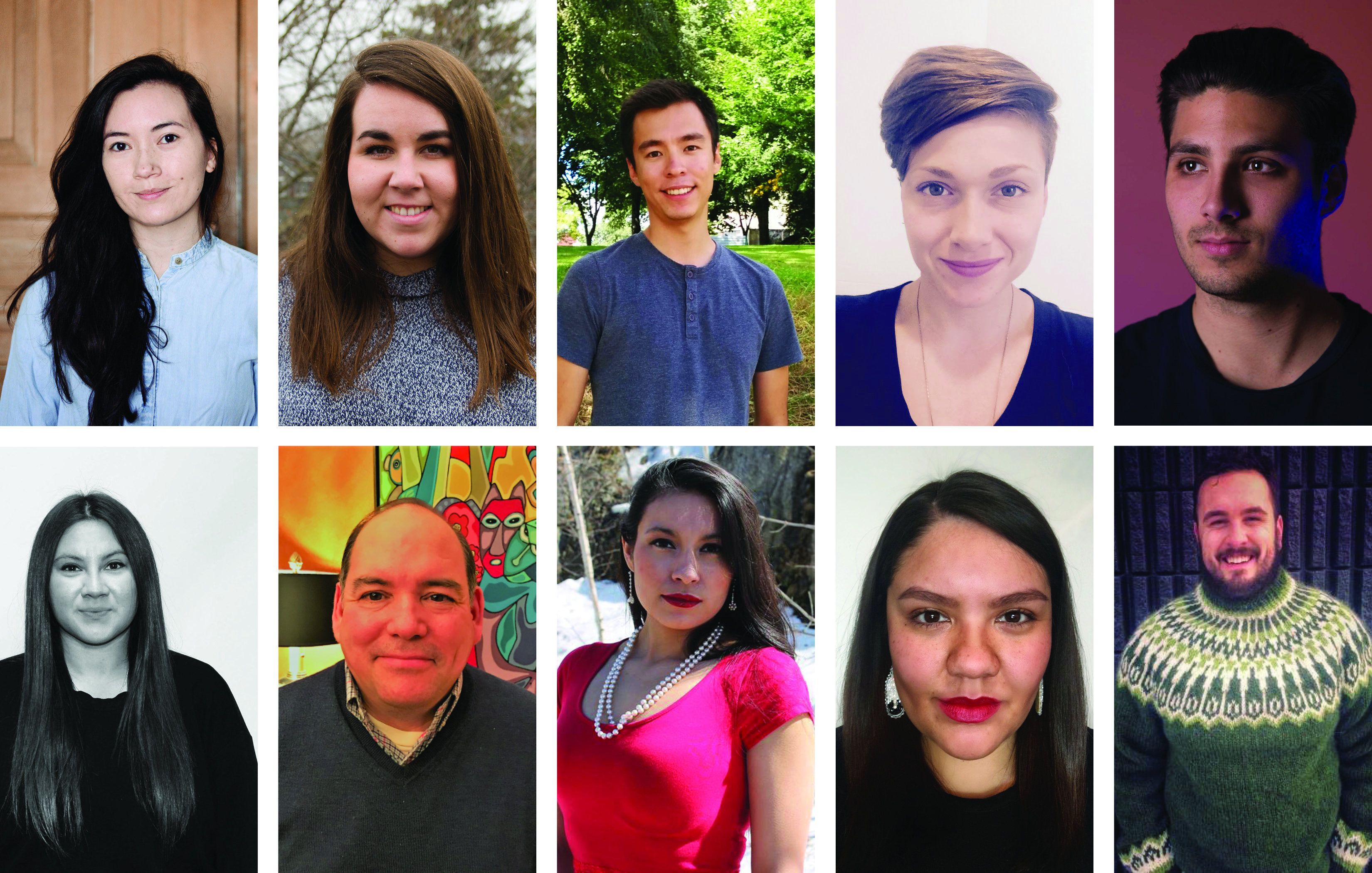 UNCEDED:Voices of the Land is the first ever Indigenous-led architecture exhibition from North America at the Venice Biennale. Thus, an integral component of the project celebrates our emphasis on intergenerational thinking by including Indigenous architecture students from across the country. The students were selected by project team members Wanda Dalla Costa, Dr. Patrick Stewart, Eladia Smoke, and co-curator Dr. David Fortin. Earlier in the year, a letter was sent to all directors of architecture schools in Canada, asking that the students be made aware of the opportunity, and the responding letters were incredible. “Eloquent”, “Intelligent”, and “Deeply moving” have all been used as descriptives. As Dr. Fortin commented, “…it is really inspirational to hear these young minds express themselves and how architecture is already providing a vessel to celebrate their identities.”

Students will participate in daily programmatic proceedings throughout the duration of the exhibit, such as being present on the site, offering tours, translating Indigenous language and responding to visitor questions. UNCEDED will provide them with the rare opportunity to familiarize themselves with the world’s most important international architectural gathering, while representing their constituent communities with pride, sharing knowledge and meaningful dialogue with visitors.

“The future of Indigenous architecture is obviously in the hands of the next generations. For these talented young people to be able to participate as ambassadors of their universities and communities really captures our approach to the exhibit. We’re all thrilled that they are a part of it.” Fortin commented.

We would like to congratulate the following selected students who will be accompanied by Student Coordinator James Bird from the University of Toronto acting as a mentor coach to them during their exchange. Amina is a graduate student at the University of Waterloo School of Architecture where she also received her Bachelor of Architectural Studies in 2014. Born and raised just north of Toronto, Ontario, Amina is of Métis, Vietnamese, and Irish descent and a member of the Métis Nation of Ontario. She currently lives along the banks of the Grand River in Cambridge, Ontario, on Haudenosaunee, Neutral, and Anishinaabe territory, in the middle of the Haldimand Tract, land promised to the Six Nations in 1784.

Amina has worked for several architecture firms in Toronto, Ontario and Yellowknife, Northwest Territories since beginning her architectural education in 2009. With a strong interest in detail and craft, Amina has completed numerous spatial installations including collaborative projects for Toronto’s Nuit Blanche in 2012 and 2015, the Bergen International Wood Festival in 2012 and 2014, and an installation at the OAA //MOVE Party in 2017. An active member of the Waterloo Architecture community, Amina is one of three co-founders of Treaty Lands, Global Stories, a student-led initiative advocating for greater diversity and inclusion within the school’s curriculum. Her thesis research investigates the creative responsibility of the designer in the process of reconciliation, decolonization, and Indigenous resurgence in Canada, with a focus on negotiating constructed boundaries. 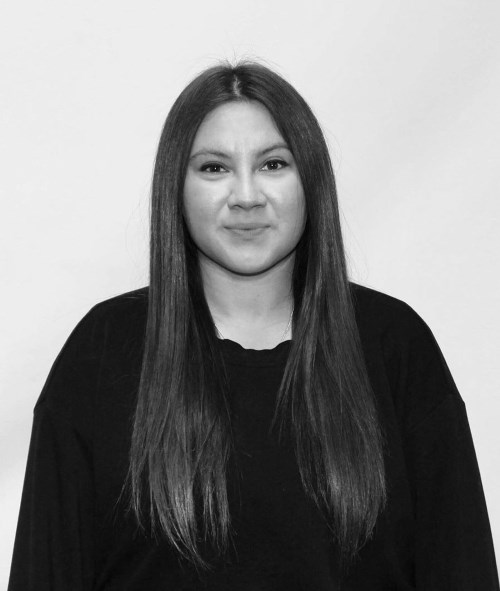 Born in Moose Factory and raised in Wawa, Ontario, Bohdana is currently a third year Architecture student at McEwen School of Architecture in Sudbury.&nbsp; She previously studied Architectural Technology at Humber College and is continuing to further her education as she pursues a Bachelor’s degree in Architecture. Bohdana is proud of her mixed heritage background of Cree, Ukrainian, and Scottish. She is a member of Moose Cree First Nation. She has spent over twenty years travelling between the northern communities of Moose Factory and Wawa, and has also travelled from coast to coast across Canada. Growing up in rural communities and being surrounded by nature, she has incorporated that knowledge into all her project designs. Her indigenous heritage has been a driving force in her interest researching the Haida Gwaii. In 2017, Bohdana completed an independent study on housing conditions in Moose Factory.&nbsp; She researched mold conditions and talked to community members about housing problems. She developed a new housing design that incorporated the Cree culture and was well-suited for the environment. 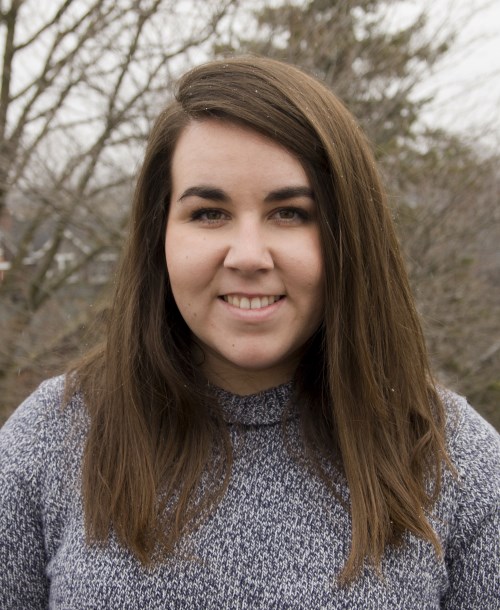 Chelsea Jacobs is from Curve Lake First Nation, located in central Ontario. The Curve Lake community recognizes the importance of the Ojibwe culture, language, and traditions; and a deep-rooted value for the indigenous culture has resulted in a strong effort to restore the spiritual traditions within the community. The most profound thing that Chelsea learned growing up within her community, was to have respect for the natural environment; it is something that has fundamentally defined how she perceives, and how she wants to participate within the built landscape. Chelsea’s thesis year begins in September 2018, and she hopes to research the design of architecture for Indigenous cultures, specifically on culturally appropriate interventions that have a resonance within their respective communities and landscapes.

Chelsea Jacobs is currently in her second year of the Masters of Architecture professional program at Carleton University in Ottawa. She completed her Bachelor of Architectural Studies at Carleton University, with a concentration in conservation and sustainability in 2015. After graduating from her Bachelors degree, Chelsea began working within a small architecture firm in Peterborough, Ontario. She worked on small-scale projects in the residential sector until she returned to complete her Masters degree. She has also participated in architectural conservation projects in both Guadalajara, Mexico and Ottawa, documenting historic structures to encourage their preservation. 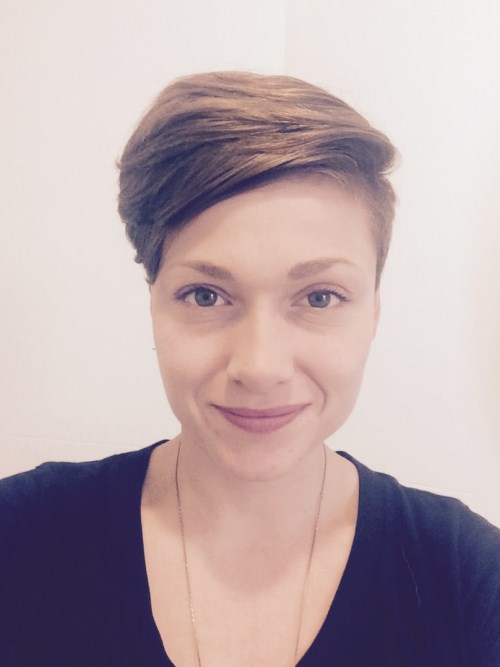 Dani is a Great Lakes Métis and Drummond Islander descendent with ties throughout the Simcoe County region in Ontario, Canada. Currently, she is a graduate student enrolled at the University of Waterloo’s School of Architecture in Cambridge Ontario and also holds a Bachelor of Architectural Studies from the McEwen School of Architecture at Laurentian University in Sudbury, Ontario. During her undergraduate studies, Dani worked as a research assistant for David Fortin studying Canadian prairie Métis design thinking; primarily exploring the defining characteristics of Métis folk homes in 19th century central Saskatchewan. Her contributions to the project included co-authoring a paper entitled ‘Métis Domestic Thresholds and the Politics of Imposed Privacy’ along with Fortin and Jason Surkan, an M.Arch candidate at the University of Manitoba. Since January at Waterloo University, Dani has become responsible along with three other students to take over the coordination of a student-led initiative named ‘Treaty Lands, Global Stories’ founded by other graduates from the School of Architecture. This initiative focuses on two areas; acknowledging Canada’s Indigenous heritage and enriching the discourse at Waterloo Architecture by looking beyond the Western world in the study of history and architectural precedents. 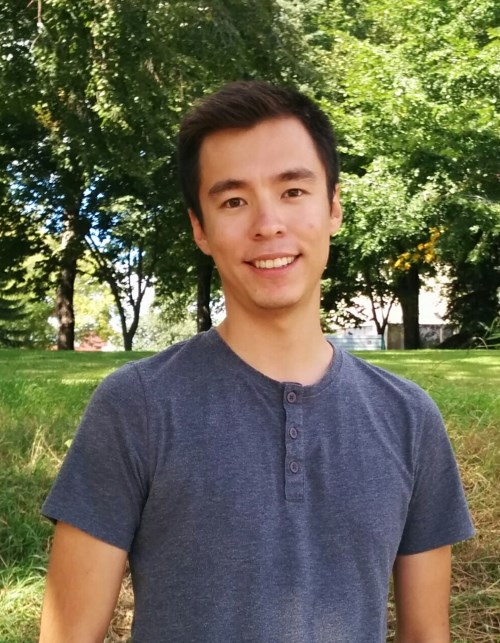 Danny Roy, MCIP, RPP (Non-Practising) is a Master of Architecture student at the University of Calgary. He is a member of the English River First Nation and originally from the northern community of Île-à-la-Crosse, Saskatchewan. Danny was formally a Senior Regional and Community Planner practising in Saskatchewan.

As a planner, he had the opportunity to work with numerous municipalities and Indigenous communities to help develop sustainable planning frameworks. This included being co-author and facilitator to the award-winning City of Prince Albert Municipal Cultural Action Plan and project lead of the Black Lake First Nation Community Land-Use Plan. 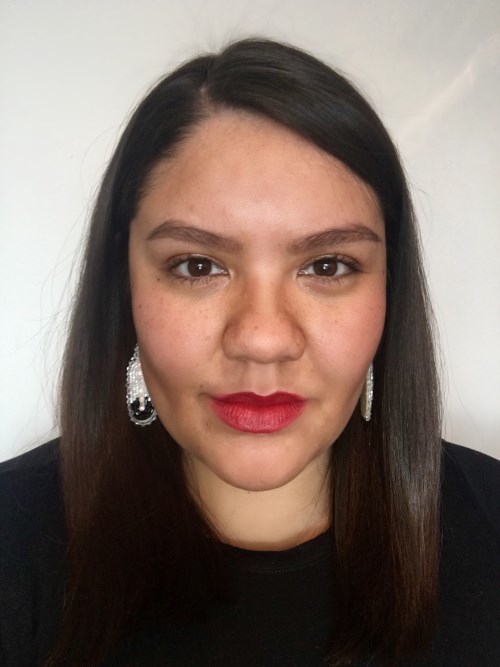 Kateri Lucier-Laboucan is a Woodland Cree status-member of the Little Red River Cree Nation. Growing up in Fox Lake, her isolated reserve in Northern Alberta, she witnessed and experienced the unacceptable living conditions that burden many of our Indigenous peoples. With this reality in mind and with the support of her people, she has chosen to pursue a career in architecture in order to meaningfully contribute towards the improvement of her community. Kateri holds a diploma in Architectural and Engineering Technology from Thompson Rivers University and she is currently completing an Honours Bachelor of Arts degree with a double major in Indigenous Studies and Architectural Studies from the John H. Daniels Faculty of Architecture, Landscape and Design at the University of Toronto. 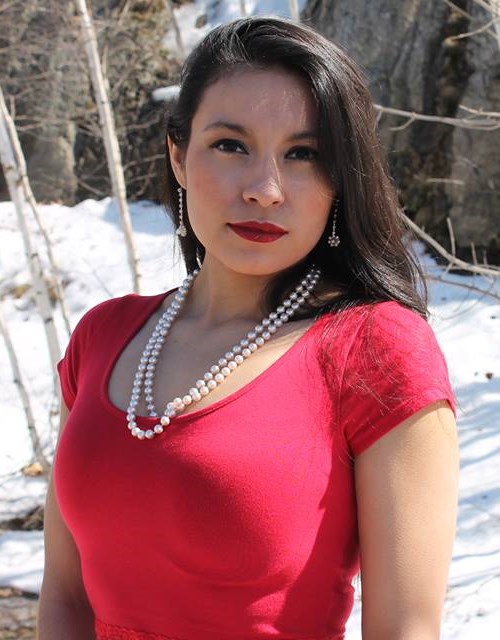 Tansi, translates to Hello all in Cree,

My name is Krystel Clark, and I am Woodland Cree from the Northern Prairies of Saskatchewan, Montreal Lake Cree Nation. I was born and live on the traditional territory of Atikameksheng Anishanawbek, in Northern Ontario. I have worked with Indigenous communities across Ontario and in Southern British Columbia. I am currently enrolled at the McEwen School of Architecture in the M.Arch Indigenous Design Studio and pursuing my thesis in Indigenous architecture. Representing Indigenous voices and acknowledging the relationship between the built environment and the land is a powerful way to empower our people. 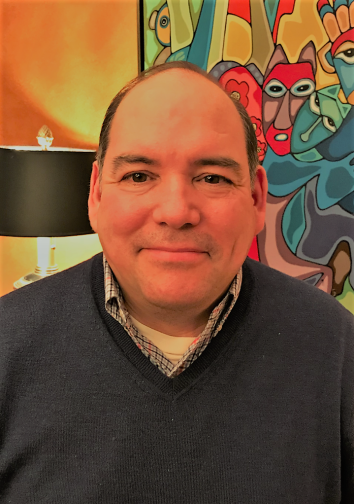 James K. Bird is from Fort Smith in the Northwest Territories and is of Denesuline / Nehiyawak descent. James is a member of both the Northwest Territories Métis Nation and Athabasca Chipewyan First Nations. Raised by his maternal Grandmother and taught many of the traditional ways of knowing; James grew up practicing this knowledge. He is a Residential school survivor and active in the Truth and Reconciliation process within the University of Toronto. James has a 30 year career in construction and has his journeyman’s certification in both Carpentry and Cabinetmaking. In 1981, he completed his apprenticeship as an Architectural draftsman. For 12 years James owned and operated his own Construction / Carpentry Company before moving forward into Academia. James holds a Hons. B.A. from the University of Toronto specializing in Indigenous Studies with minors in Renaissance studies and Canadian history; he will begin his Master’s degree in Architecture in the fall of 2018. He is the winner of many academic awards including the 2018 Graduate Masters SSHRC (Research Council of Canada) grant for research in Architecture. 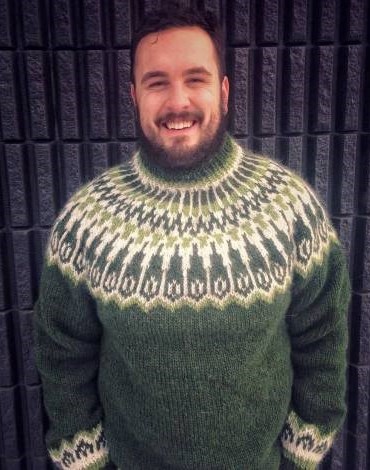 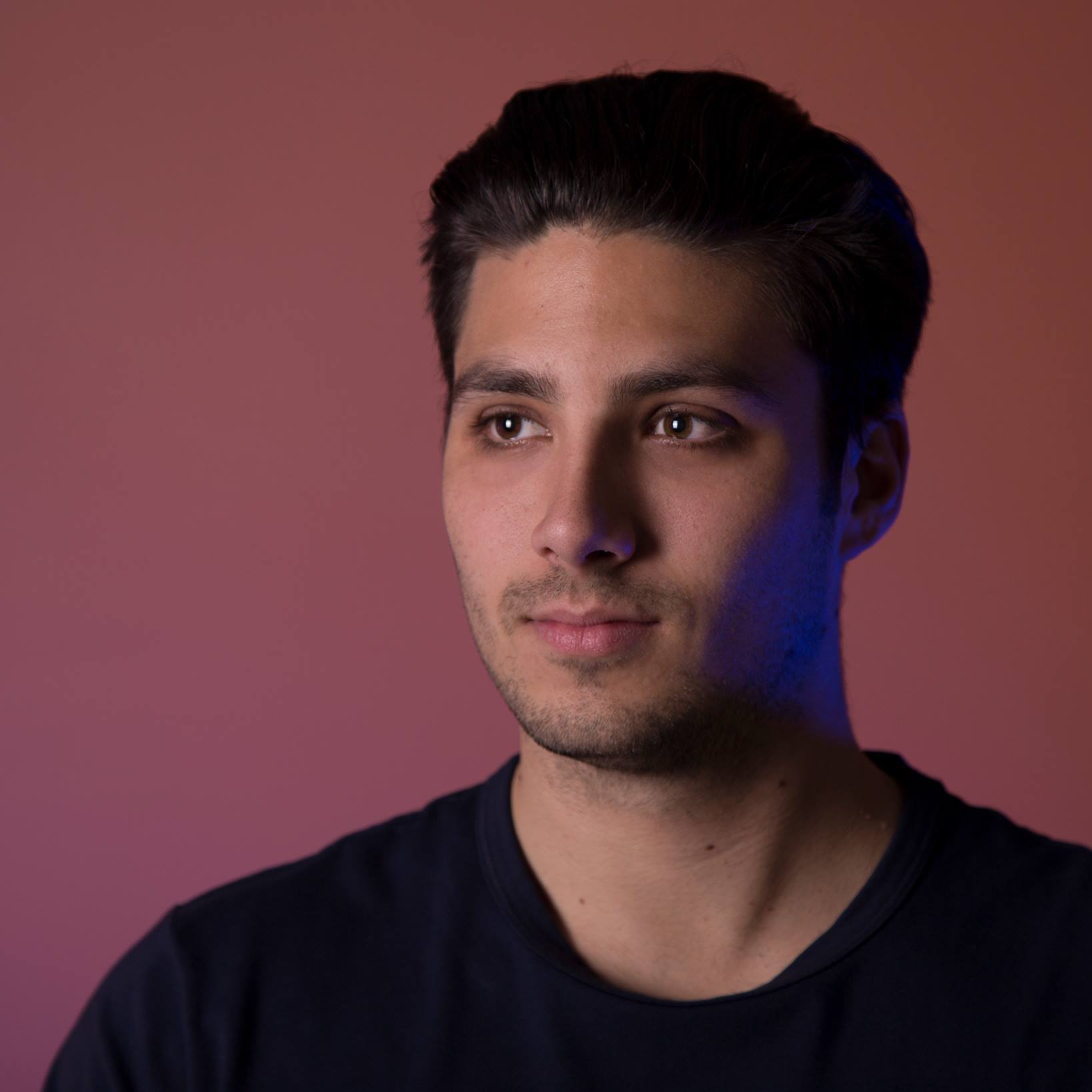 Born and raised in Montreal and its suburbs, Gregory Brais Sioui is a proud member of the Huron-Wendat nation. His interest in architecture started a long time ago. He started his studies in college by learning technical architecture at the Cegep du Vieux-Montreal. This allowed him to discover the intricacies of architecture: structure, mechanic, junction details... To create a balance in his approach, he then went to University of Montreal to complete a minor degree in urbanism. After having be in contact with the micro and the macro scale of architecture, he started his undergraduate degree in architecture at the University of Laval in Quebec City. He completed his bachelor in architecture (B.Sc.Arch) with a semester in the School of Engineering and Architecture of Fribourg in Switzerland. After coming back from a two month cycling-camping trip through Germany, Netherlands and United-Kingdom, he started a simultaneous master degree in architecture and in architecture science (M.Arch + M.Sc.Arch). In all these years of learning he has always tried to focus on the sensible expression of space. His thesis, currently in process, explores water as an emotion generator in architectural space. His work is close to the material, close to humankind.